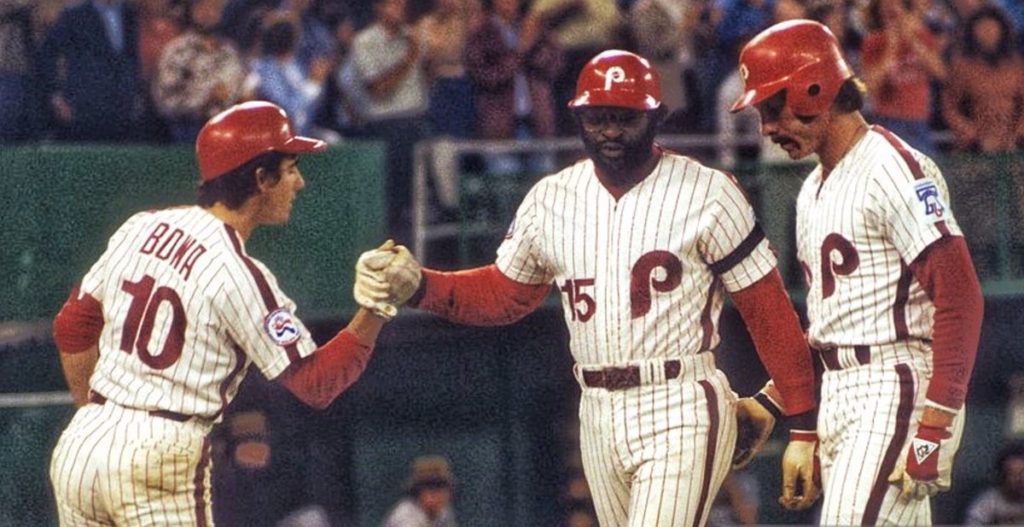 This morning we ran into a fun tweet from @PhilBaseBallHis with a short video featuring the 1976 Phillies getting introduced on Opening Day (April 10th, 1976) at the Vet.

Although the video is only 3 seconds, it is packed with great memories and some amazing ballplayers. You can see 1976 Phillies manager Danny Ozark shaking hands with Dick & Jay Johnstone. The team is wearing those special bicentennial “pill box” hats (except Dick, who wore his standard helmet) and white shoes (worn primarily during the 1975 season). Starting from the top of the video frame you can see the 1976 Phillies opening day lineup:

Jimmy Kaat was the starting pitcher. On that day, the Phillies lost the battle against the Pirates in 11 innings, but eventually won the “war” against the Pirates, besting them by 9 games for the 1976 National League East Championship.