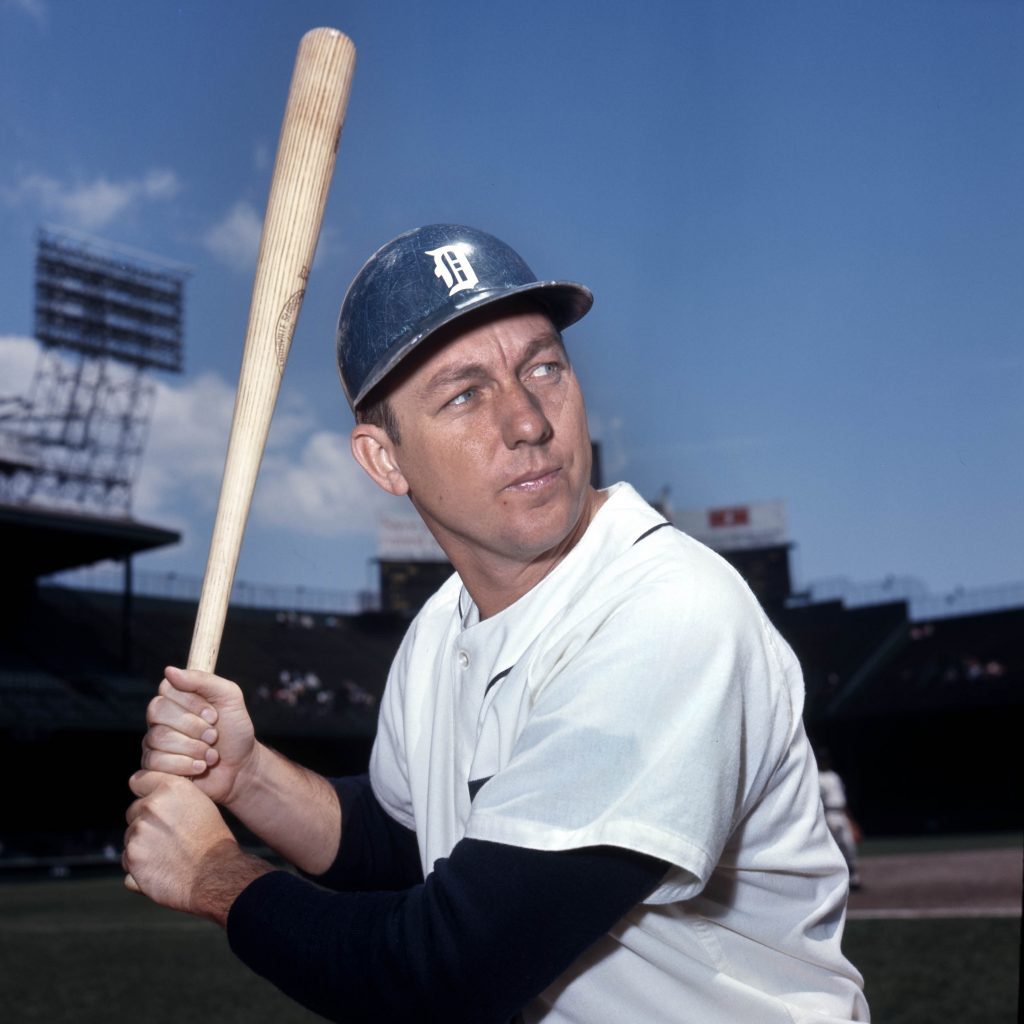 When there is so much death around, one man’s passing can go unnoticed. This one will not. Even with the shroud of coronavirus taking us down in shocking numbers, no one in Michigan was numb to the news that arrived with a gasp Monday afternoon:

Mr. Tiger takes his bow. At a time of year when baseball should be puffing its lungs, Al Kaline gave his last breath. He passed away at his home in Bloomfield Hills at 85, due to complications from various medical ailments, according to friends.

“I just talked to him over the weekend,” his former Tigers teammate and dear friend Jim Price said, fighting tears after hearing the news. “It was difficult. He didn’t sound right. I said, ‘Al, call me. I’m worried about you.’ He said he would. But of course … he couldn’t.”

He choked up. “I’m heartbroken.”

Aren’t we all? At a time when we lacked any sadness to spare, suddenly we were gushing. Al Kaline, who we all seemed to know, who was always around, who spent six decades of his life affiliated with the Detroit Tigers, is gone.

But his legend lives.

That verdict is already in. Kaline hasn’t played a baseball game since 1974, but he is still one of the first Tigers that come to mind when you say “great ones.”

He hasn’t been on the air for nearly 20 years, yet his voice — like that of Ernie Harwell — still rings in the ears of Tigers fans everywhere.

A titan, yes. But in accomplishment only. Inside his No. 6 uniform, inside his sport coat and open collar, inside a television booth, or a banquet hall, or a charity event, Al Kaline never played a titan. He was simply a man. A good, kind man.

Which is the only way he saw himself.

And why we saw him as so much more.

“After the dinner we went home to the Residence Inn and we got to the door he gave me a hug. He said, ‘Gimme a hug, Jim.’ So I gave him a hug. And he said, ‘You know, Jim, thanks for being my friend all this time.’ ”

“It was almost like he knew something, (like) he probably wasn’t going to see me again. … I went back to my room and laid there. And I said to myself, ‘That almost seemed like a goodbye.’

“And obviously, it was.”

Heartbreaking. Yet if Kaline saw the end coming, so many of us did not. Consumed by the pandemic that is rattling the globe, we were sideswiped by the news, and left scrambling to put his life into some perspective.

Here is a try.

This was a beaming star who never let the glow get in his eyes, a Baltimore kid born into poverty, the son of a broom maker, who reportedly signed his first contract at age 18 while dressed in his prom outfit. A man who won a batting title at age 20, who made 18 All-Star teams, who played until he was 39, who inspired the 1968 Tigers to that classic World Series title, who collected over 3,000 hits, who still holds the franchise record for home runs (399) and who once threw out three baserunners in three straight innings — from right field!

This is a man who got hitting tips from Ted Williams, who smacked a hit off Satchel Paige, who once went into an auto parts business with Gordie Howe, and who made the Hall of Fame on the first ballot.

But this is also a man who asked, upon signing his first contract, if he could still play in an amateur game a few days later because he had promised the guys he would do so. A man who once refused a pay raise when he didn’t think he’d earned it. A man who, as pro ballplayer, worked an offseason in a sporting goods store, who was shy and reverent around older, accomplished stars, who was self-conscious about his grammar when broadcasting games, and who never announced himself to a room and would often go unnoticed in it, until some blinking observer with his mouth dropping open would gush, “Hey, isn’t that Al Kaline?”

It was. He would offer that bright smile, and a handshake, maybe an old story. And another fan would forever be in awe.

“When I got traded here in 1967,” Price recalled, “Mickey Stanley and Gates Brown greeted me, and Al walked by and said, ‘Who’s this kid?’ And they said, ‘This is our new catcher, Jim Price. And he said, ‘Welcome, kid.’

“He was the leader. He was our future Hall of Famer. We put him on a pedestal. … We revered him, even at that time. If there were bats to be picked up, we picked them up. If there were extra balls, we’d say, ‘Al, you don’t pick them up, we will.’

Still, despite those efforts, Kaline’s career was not without pain. As a boy, he had a bone in his left foot removed, and he had to learn to run on the side of his foot. In the majors, he ran into a wall and injured his knee. He once broke his hand slamming his bat into a rack. And he broke his arm during the 1968 campaign, and actually suggested to manager Mayo Smith that he sit out the World Series because other players had earned it more.

No way that was going to happen. Instead, Smith made the now-famous move of juggling the lineup, moving Mickey Stanley to shortstop to get Kaline into right field. The Tigers rebounded from a 3-1 deficit to win the championship.

Over the years, Kaline proved himself on offense and defense with equal aplomb. He always had an amazing arm. Legend has it that as a high schooler, during a picnic competition, he threw a ball 173.5 feet in the air (nearly 60 yards). The judges didn’t believe it, so they made him try again. This time he threw it 175 feet. It is a story that belongs in Bernard Malamud’s “the Natural.”

And in many ways, that’s who he was.

The perfect player has left us now. But it’s not the bat and glove that will define his legacy. After all, it’s been years since we saw him play baseball. But so many Michiganders this morning are telling the tale of him shaking their hands, or sharing a story, or encouraging their kids, or laughing at a memory. As Leyland points out, “I call him ‘Mr. Gentleman.’ Because he was a gentleman who happened to be a great Tiger, not vice-versa.”

Amen to that. In this spring without baseball, in this season of global sickness, another death might be easy to dismiss with a depressed shrug and an “Isn’t that a shame.”  But it’s not Al Kaline’s dying that makes us sigh. It’s the life he led, and the fact that we may never see its likes again.