On This Day… Schmidt All Star HR 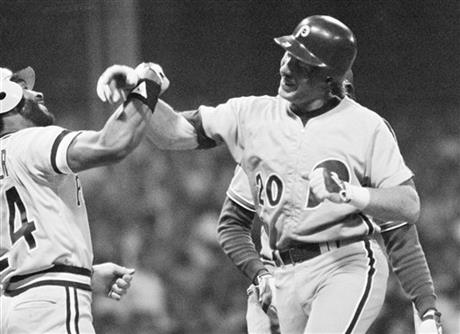 On this day in 1981, Phillies Hall of Famer Mike Schmidt became the fourth (and most recent) in franchise history to homer in an All Star Game.

With his team down 4-3 in the top of eighth inning, Schmidt pounded a Rollie Fingers pitch over Dave Winfield and the Municipal Stadium center field wall, driving in Pittsburgh’s Mike Easler to propel the National League its 10th straight win over the American League.