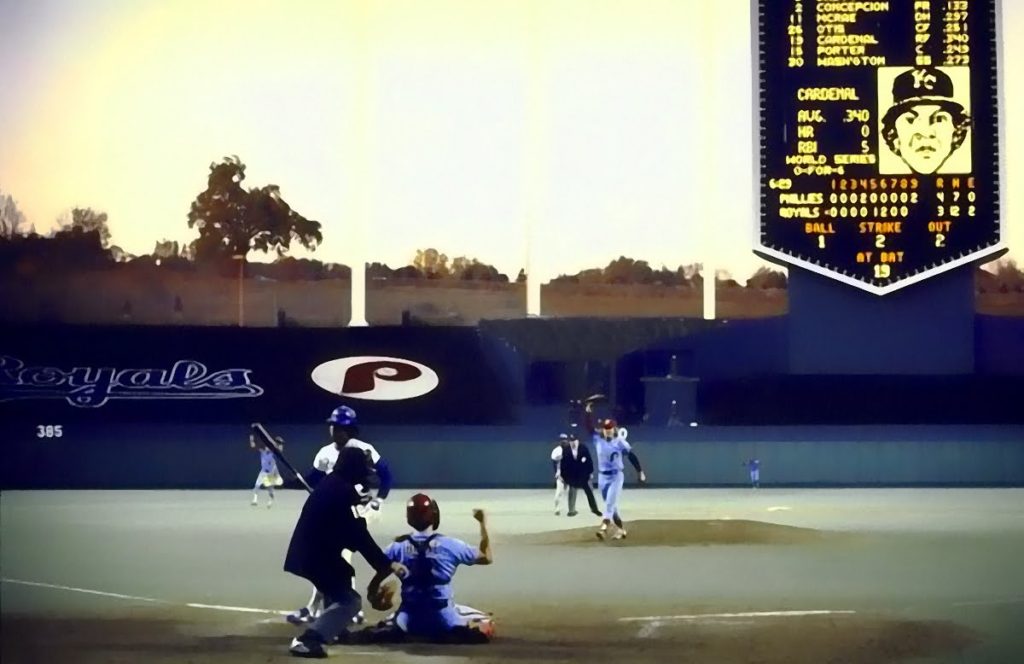 On this day in 1980, the Phillies take command of the World Series with a two run 9th-inning rally against the Kansas City Royals winning Game 5.

The game was scoreless until the fourth when Mike Schmidt hit a two-run bomb to right-center. The red-hot Amos Otis led the Royals back with another homer, and by the sixth, K.C. was in front 3–2. After the Phillies threw out a K.C. runner at the plate to keep the game a one-run affair, they marched to victory by coming back in the ninth. Schmidt led off the inning with a single, and Del Unser drove him home all the way from first with a double down the right-field line. After a bunt moved Unser to third, Manny Trillo drove in the go-ahead run with a line shot that ricocheted off pitcher Dan Quisenberry for an infield hit. In the bottom of the ninth, the Royals threatened by loading the bases with two out. The Royals Stadium crowd were standing hoping for a dramatic K.C. win. But Tug McGraw silenced the crowd by striking out José Cardenal with a high fastball to end the game.