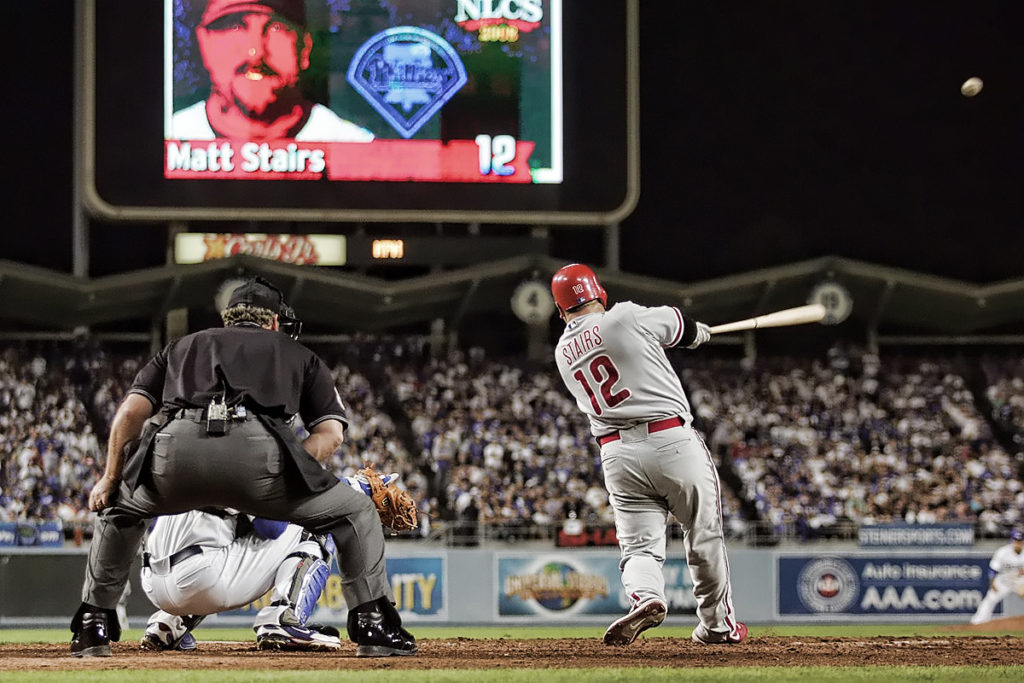 Happy 52nd birthday to Phillies playoff legend, Matt Stairs. His home run at Dodger Stadium in the 8th inning of Game 4 during the 2008 National League Championship Series remains one of the most iconic memories in franchise history

Not many people know this but during his 19 year big league career, Matt Stairs played for more teams than any position player in history (13 teams /12 franchises). Pitcher Edwin Jackson holds the record for pitchers at 14.