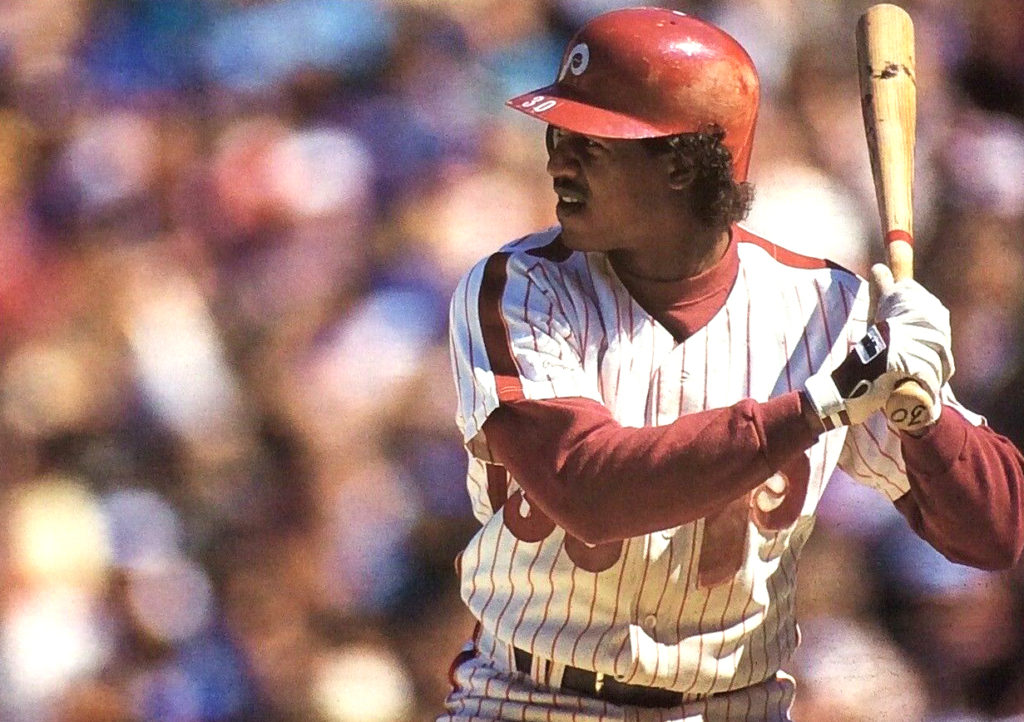 On this day in 1989… the Pittsburgh Pirates send 16 batters to the plate in the 1st inning against the Philadelphia Phillies, taking a 10 – 0 lead (Pittsburgh’s best inning since September 1942) on ten hits, including a three-run home run by Barry Bonds. Pittsburgh leaves the bases loaded. Pirates announcer Jim Rooker crows that if the Pirates lose this game, he’ll walk back to Pittsburgh. Von Hayes and Steve Jeltz answer Rooker with a pair of home runs each and ten RBI. After six innings the game is 11 – 10. The Phillies explode for five runs in the 8th to make the final, 15 – 11. Rooker will make good on his promise after the season, when he conducts a charity walk from Philadelphia to Pittsburgh, raising money for a children’s hospital.