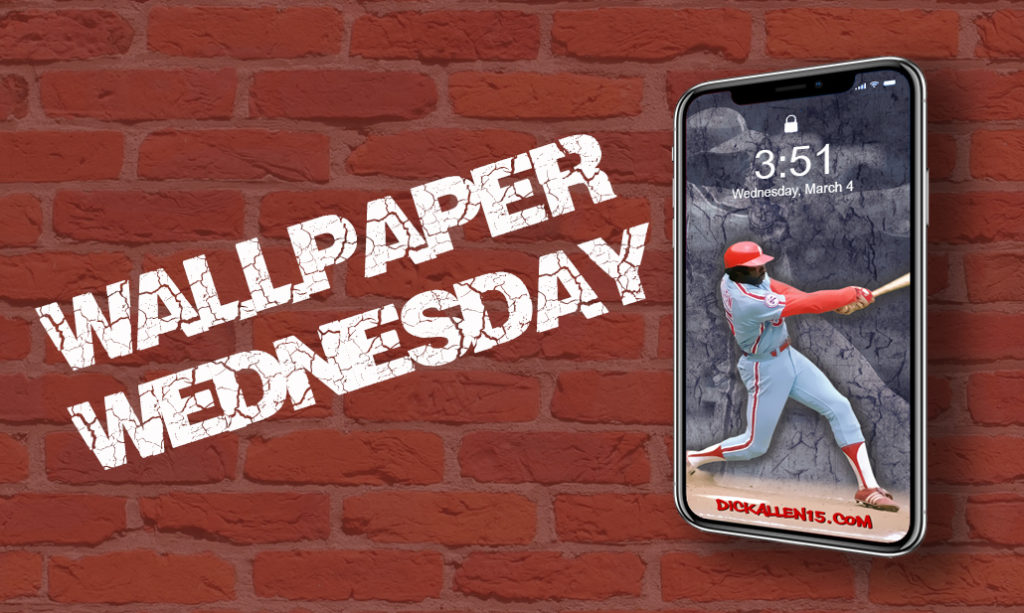 This is our first attempt at a mobile phone wallpaper. You can see all of our previous computer wallpapers HERE.

This week we are celebrating Dick Allen & the 1976 squad… Did you know the Phillies were actually playing a doubleheader in Pittsburgh on Sunday July 4th, 1976? The folks that created the schedule for MLB decided there was too much going on in the city that weekend. It was estimated that over one million people came to the reenactment of the signing of the Declaration of Independence.

During the first game, in the top of the second inning, Phils catcher Tim McCarver launched a home run with the bases loaded. Garry Maddox was on first, and held up for a few seconds to make sure the ball went over the wall at Three Rivers Stadium. Unfortunately, McCarver was watching the flight of the ball and he got about 4 strides past Maddox before he noticed the mistake. He was called out by the umpire and the play was recorded as a “three RBI single”.

This is one of just three “grand slam singles” in history, according to Baseball Reference. Luckily for Tim, most people forgot because the Phillies won the game, 10-5.